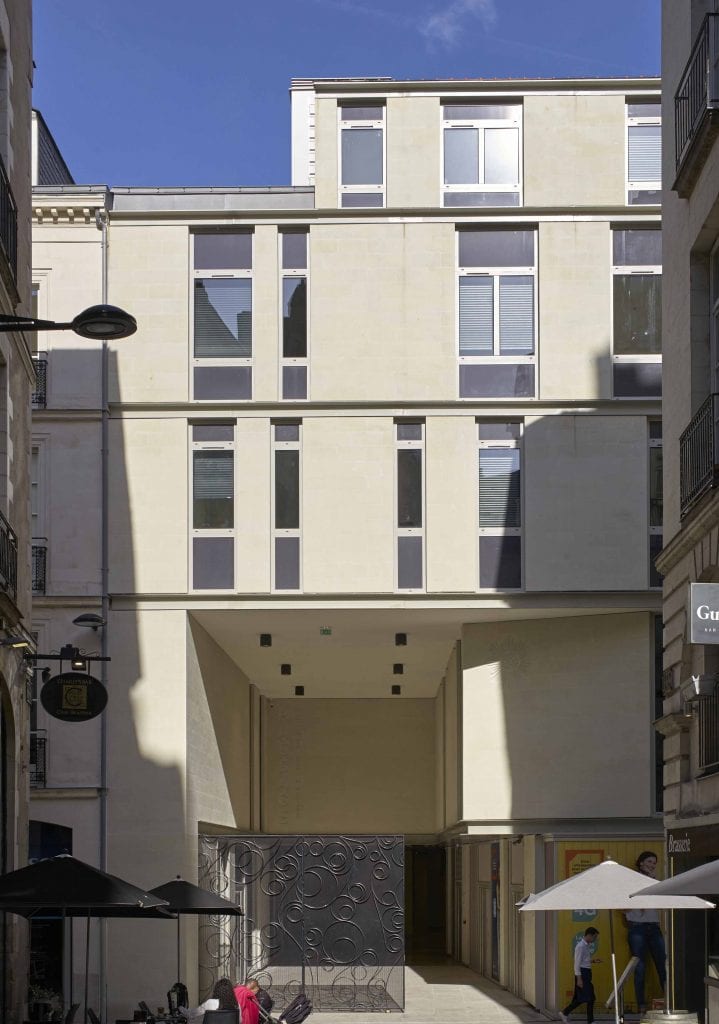 Enlargement of the Pommeraye passage in Nantes in Tuffeau stone

Restoration: The Passage Pommeraye had never seen such a development since it opened 170 years ago.

The extension of the project covers three levels, replacing the Presse-Océan newspaper. For the redevelopment of rue Santeuil, a facade in TUFFEAU Blanc stone was created. The work was carried out according to the rules of the art by craftsmen and specialized companies, under the control of the curator of the Buildings of France, of historical monuments and of the Heritage Department of the City of Nantes. The Parisian agency, PLATFORM ARCHITECTURES specializing in shopping centers has created this extension. One of our production plants has produced more than 320 m² of self-supporting walls in 50 × 25 cm, 8 cm thick. which were installed on an anti-seismic framework with 140 mm insulation. (photographer: Chalmeau)