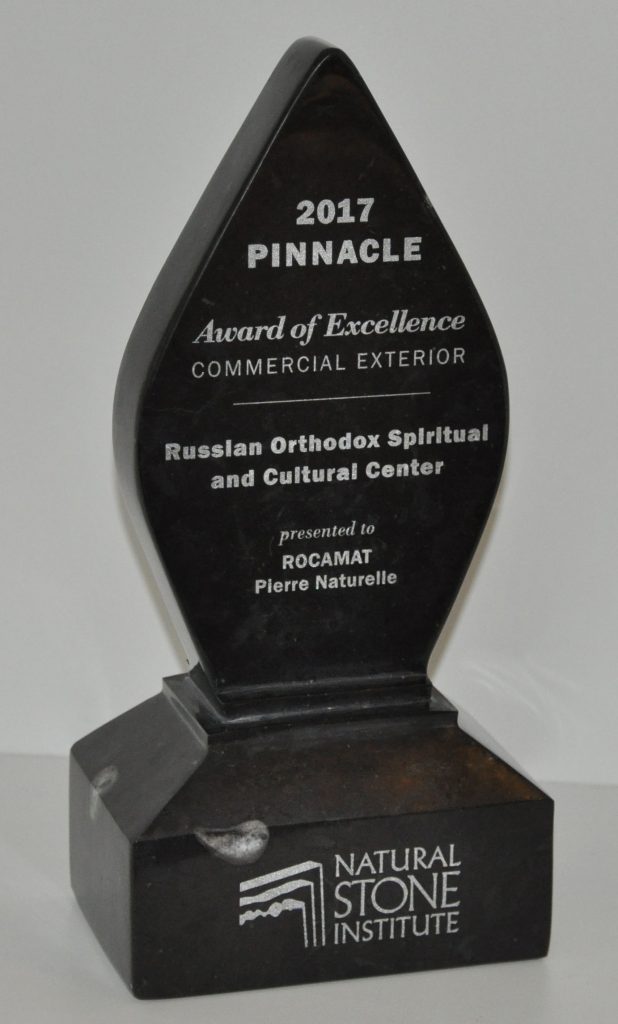 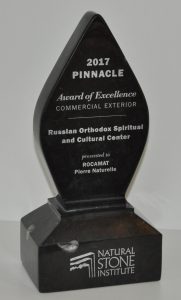 On January 30, 2018, ROCAMAT received the “ Award of Excellence COMMERCIAL EXTERIOR " to USA .

This label, awarded by the Ministry of the Economy and Finance, allows ROCAMAT to be distinguished for its French know-how.

ROCAMAT received the trophy " Award of Excellence COMMERCIAL EXTERIOR »For the realization of the Orthodox Cathedral of Paris designed by Jean-Michel Wilmotte.

This Trophy belongs to all those who worked on this fabulous project which allowed us to receive a prize on the other side of the Atlantic, to the applause of the American stony people. Bravo to those who finalized this affair, those who mined and transformed the stone of Massangis.